“Nobody can live an unnarrable life” (Davide Sparti, 2007)

It is difficult to define the concept of competence. By nature it is a multidisciplinary subject. Nonetheless it is one of the key concept within educational sciences literature. According to Isfol (2005, pp. 42-43) it is a concept that “has undergone several changes. It is of strategic relevance and it has become an umbrella concept including different specific issues that have gradually responded and integrated the deficiencies of the original concept.”

The European Union competence reference framework was actively expanded over the last ten years along with a proliferation of norms and recommendations both at European and at the National level. The key reference is the 18 December 2006 Recommendation by the European Parliament and the European Union Council “Key Competences for Lifelong Learning” (mostly integrated in the recent Italian norm Regolamento sull’obbligo di istruzione, 22 August 2007).

The Recommendation requires each Member State education and training system to ensure that “initial education and training offers all young people the means to develop the key competences to a level that equips them for adult life, and which forms a basis for further learning and working life” to be “achieved through close links with employment policy and social policy, cultural policy”. The Reference Framework sets out eight key competences:

The key competences are all considered equally important, because each of them can contribute to a successful life in a knowledge society.

However the present models targeting competences identification, validation and recognition such as the Competence System adopted by Regions such as Toscana, Regione Emilia Romagna do not seem to pay sufficient attention to the levels of self-awareness, perceived self-efficacy, self-reflection that trigger the feeling of being accountable within a given situation and a “competent behaviour”. These dimensions seem to be essential in supporting the development of a typology of competences (as mentioned in the above mentioned documents) related to self-planning within a given network of relations. Narrative approaches seem a very promising set of practices bearing a potential to positively address some dimensions presently neglected by normative frameworks and by disciplinary and frontal lesson type of educational, training and adult education approaches.

Within the educational literature narrative counselling can be viewed as a potential synthesis of results from different disciplines as well as a way to respond to the growing interest for narrative approaches from the artistic and media fields (at the International level since 1967 with the publication by Gabriel Garcia Marquez of “One Hundred Years of Solitude” and in Italy since 1975 with the publication of “La Storia” by Elsa Morante) overcoming previous XX century resistance on these approaches.

Within humanities the interest for narrative approaches is based on a major paradigm shift in terms of knowledge epistemology (Smorti, 1994, pp. 24-26). The new paradigm recognises the linguistic nature of scientific theories and their related interpretation space (validation by the scientific community vs. experimental testing; scientific knowledge as a collective meaning attribution process). Contributions to such awareness were provided by the post-modern debate (Lyotard, 1979) and by the acceptance of new constructivist theories (Bruner, 1990, 1996, 2002).

Within this frame work new opportunities to acquire scientific knowledge are acquired. It is accepted that the human being, at least as an observer, is always part of the research process. Therefore a debate has grown about narrative interpretation of reality (Smorti, 1994. 1997, 2007; Jedlowski, 2000).

Geertz (1995) provided a significant contribution to humanities end to ethnographic research. Since the 1990s the Italian sociology (Jedlowski, 2000) has identified in the narrative thinking mode an effective cognitive tool in relation to human agency. As social agency is the preferred sociological research field, the narrative dimension becomes an ideal research tool. It is the only tool that is able to address the meaning dimension while respecting its complexity. Within psychoanalysis a narrative turning point is already identifiable at the end of the 1960s and it implied going beyond a positivist trust in psychoanalysis (Smorti, 1994). In the field of neurology Oliver Sacks’ works (and the re-discovery of the works by Alexander Luria) leads to a synthesis between paradigmatic thinking and narrative approaches.

Psychological studies have witnessed an authentic revolution based on the concepts of interaction and construction (Smorti, 1994, 1997; Bruner, 1990, 1996, 2002). Since 1980s Bruner makes a distinction between a paradigmatic thinking mode (leading to descriptive and explanatory systems based on formal and mathematical models) and narrative thinking mode (focusing on human beings intentions and agency) (Bruner, 2002). Bruner (1990) addresses the features of folk psychology (“It is through folk psychology that people anticipate and judge one another, draw conclusions about the worthwhileness of their lives”). According to Bruner (1990) folk psychology is organised upon narrative basis. This means that in order to study the ways meaning is constructed it is necessary to implement a systematic study of the narrative dimension, its nature, its cognitive features. This overall scenario bears significant consequences in the education field. “The organizing principle of folk psychology [is] narrative in nature rather than logical or categorical. Folk psychology is about human agents doing things on the basis of their beliefs and desires, striving for goals, meeting obstacles which they best or which best them, all of this extended over time (…)Power of narrative, the ability not only to mark what is culturally canonical but to account for deviations that can be incorporated in narrative. The achievement of this skill, as I shall try to show, is not simply a mental achievement, but an achievement of social practice that lends stability to the child’s social life. For one of the most powerful forms of social stability . . . is the human propensity to share stories of human diversity and to make their interpretations congruent with the divergent moral commitments and institutional obligations that prevail in every culture” (Bruner, 1996). In Italy major contributions were provided by the research group led by Duccio Demetrio, especially on the role of self-biography (Demetrio, 1996, 1999, 2000) and by Raffaele Mantegazza concerning narrative pedagogy (Mantegazza, 1996, 1999).

Within adult education, narrative counselling, formal education and training, the narrative dimension is being valued as a resource to research and understand the identity dimension and to facilitate learning through narrative tools in order to gain a better understanding of oneself and of the environment one lives in, and to contribute to the construction and to raise awareness about the cultural dimension that is essential to develop self-awareness, planning and decision making (Batini, Giusti, 2008; Batini, Guusti, edited by, 2009; 2010; Batini, 2011).

Narrative guidance was adopted as good practice by ISFOL in the international book on good practices in the field of counseling, and it was then presented at the Biennial Meeting on Counseling by ISOLF itself (2005), with a presentation paper then published on the volume “Orientare l’orientamento” [“Counselling the counseling”], in 2007 the same method was accepted (following an international peer review) and presented at the International Congress on Counselling (September 2007). The narrative counseling method after many congresses and research seminars (the first meeting took place in 1998) settled a national biennial rendezvous on practices and tools research, experimentation, exchange and valorization called “Le storie siamo noi” whose fourth edition took place on may 2013, in Arezzo, Siena and Grosseto, supported by several Italian University and by the Italian Regions such as Toscana, Veneto, Puglia and Campania.

White H. (1980), The value of narrativity in the representation of reality, in W.J.T. Mitchell (ed), On narrative, Chicago and London, The University of Chicago Press. 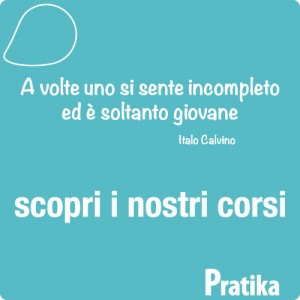